“Grand-Ducal Regulation of December 3, 2009 determining the procedures to be followed to ascertain death for the purpose of removal.” : unmodified basic act, signature: 03/12/2009

“Grand-Ducal Regulation of August 27, 2013 concerning the characterization, transport and exchange of organs intended for transplantation.” : unmodified basic act, meroial A n° 159, publication 03/09/2013, contains regulations for the execution of “law of 25 November 1982 regulating the sampling of substances of human origin.”

Every citizen of the Grand Duchy of Luxembourg is a potential donor. Tissues and organs may be removed after the death of any person who had his or her last legal residence in Luxembourg, if the person has not stated in writing that he or she does not wish for her tissues or organs to be removed.

Every donor can fill out a card given by the ministry called “passeport de vie”. You can find this card online, in pharmacies, at the doctor, at the ministry of health and on Luxtransplant.

Organs that you can donate

The most commonly transplanted organs are:

the kidney,liver, lung, the heart, the pancreas, parts of the intestine.

from the body can also be transplanted as:

the skin, bone marrow, the veins, tendons, the cornea, … 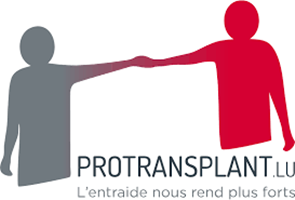